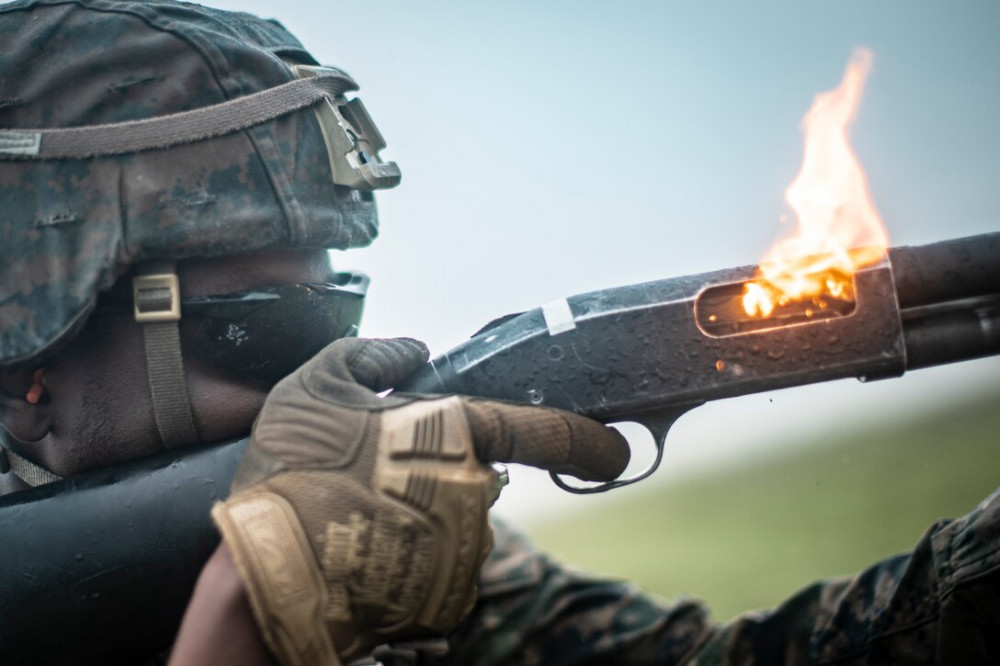 America has a very rich firearms culture, and some of the most influential firearms innovators in the world like John Moses Browning and Eugene Stoner have called the United States their home. There are several incredible firearms manufacturers in the country that are making innovative and high-quality guns every day.

They provide civilians with the weapons to defend themselves and practice their second amendment rights, and they make firearms for the US armed forces and their allies all over the world. So, today we are going to talk about some of the best firearms manufacturers in the United States. Read on to learn more about them.

Sig Sauer has become one of the biggest firearm manufacturers in the US over the last decade. Moreover, after securing contracts for both the Military’s new sidearm and Next Generation Squad Weapon, you can be certain that Sig Sauer will continue to grow. This company has its origins in Germany, however, now it is a completely separate entity from its Swiss-German ancestor company SIG Sauer GmbH. They now have their headquarters in New Hampshire, USA.

Sig Sauer is known for making some incredible pistols and recently has started to make some amazing rifles as well. In 2017, Sig Sauer won the US military contract for the Modular Handgun System with their Sig P320 MHS. In 2018, they released the Sig P365, which was a high-capacity concealed carry pistol that revolutionized the 9mm concealed carry market. 2022 has also been an incredible year for the company, as they secured a 10-year contract for the development of the Next Generation Squad Weapon Program. They will be making the XM5 squad rifle, and the XM250 light machine gun to replace the M4 and the M249.

Sig Sauer is developing all three of the most important small arms for the US military, and the popularity of the civilian versions of these weapons has also skyrocketed. You can expect Sig Sauer to be one of the most influential firearm Manufacturers in the US over the next few years.

Smith & Wesson is one of the oldest firearm manufacturers in the USA. With over 160 years of firearm development experience, Smith and Wesson has etched its name as one of the Top American Gun Manufacturers.

However, these days, the most popular products made by Smith and Wesson are probably their Semi-Automatic pistols. The M&P line of concealed carry pistols is used by thousands of civilians, and they are available in a wide range of calibers. They recently introduced models chambered in 10mm and 30 super carry, which have become quite popular.

Smith and Wesson also make some excellent Sporting and Hunting rifles that meet the impeccable standards of the company. Smith and Wesson went through a little restructuring recently and was renamed American Outdoor Brands Corp, however, they still use the Smith and Wesson name on their firearms.

Mossberg recently celebrated its 100th Anniversary. Starting in 1919, the company didn’t have much success in its early years, except perhaps the Brownie .22 pistol. However, during WW2, they scored contracts for developing guns and gun parts for both the US and British Military.

Recently, Mossberg also introduced their concealed carry semi-automatic pistols. Their MC2 9mm pistol series, which they released at Shot Show this year, is one of their best products and has become quite popular. Mossberg also makes a wide range of rifles and shotguns for hunters and competition shooters. The 940 JM Pro is one of their more popular competition shotguns that they released a few years ago.

Founded in 1949, Ruger has become one of the household names when it comes to firearms manufacturers in the US. The company was founded by William Ruger and Alexander Sturm, however, these days, it is better known as simply Ruger.

I don’t think any company can rival Rugar right now when it comes to rimfire firearms. Their Ruger 10/22 is one of the most popular .22 caliber rifles in the world, and their Mk series of .22 pistols is also very popular.

However, Rugar makes much more than only .22 caliber firearms. They have some really good options for concealed carry, including the Ruger LCR and LCP sub-compact semi-automatic pistols, and they make some of the best bolt-action hunting rifles on the market as well. Ruger also makes some very high-quality AR-15-based rifles, which are ideal for sport shooting, personal defense, and service use as well.

Ruger has one of the most established firearm industries in the country. They have manufacturing operations in New Hampshire, Arizona, and North Carolina, and they are easily the biggest gun supplier in the country.

Lastly, let’s talk about the oldest firearm and ammunition manufacturers in the US. Remington has been making weapons for over 200 years, and it was founded in 1816. Remington started off making Flintlock rifles, which became very popular and were used in multiple conflicts throughout the History of the US.

These days, Remington builds a little of everything. From pistols to shotguns and rifles, Remington has several models which have achieved legendary status in the Gun world. One of their most popular firearms is perhaps the Remington Model 700 rifle. This is an incredible deer hunting rifle, and its Military and law enforcement version, the M24 sniper rifle is used by the US military as well. The US military also uses the Remington Model 870 shotgun, which is popular in the civilian market as well. Both the Remington 700 and 870 are perhaps the most popular hunting firearms in the US and have seen action in the hands of many soldiers and law enforcement officials.

However, Remington recently filed for bankruptcy, first in 2017, and then in 2020 again. The company’s assets were divided among creditors, and the ammunition and firearms developing parts of the company were separated, and named Remington Ammunition, and Remington Arms LLC. However, Remington continues to make high-quality firearms and is one of the top-rated gun manufacturers in the country.

Trying to list American gun manufacturers in a ranking is not easy. There are so many amazing gun companies that we haven’t mentioned in the top 5, however, we can’t end the post without at least giving some honorable mentions to manufacturers like Colt, Winchester, Savage Arms, Browning, and Springfield Armory.