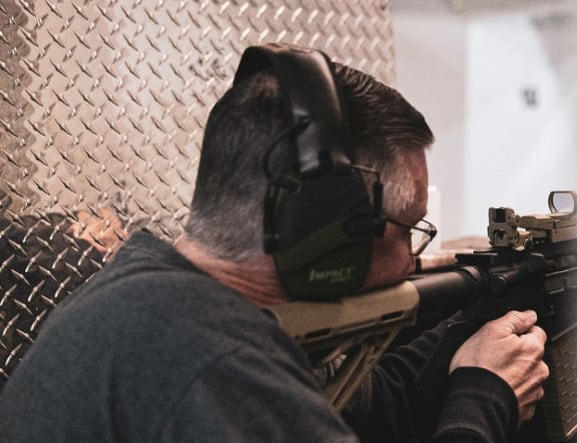 1. Always keep the muzzle pointed in a safe direction 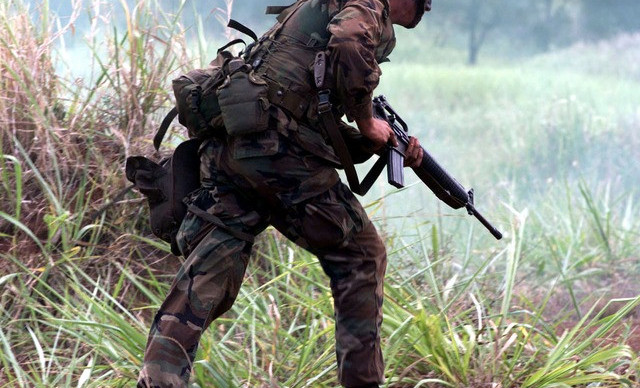 Said differently, only point at what you are going to shoot. This is the most important safety rule that MUST be followed all the time. Going along with that, always treat a gun as if it is loaded, ALWAYS!

A gun is not a toy or play thing. It can kill you or someone else if these 4 basic safety rules are not followed.

You must be able to maintain control of the weapon so that it does not endanger yourself or anyone else should you fall or stumble. According to the California Department of Fish and Wildlife, in 2016 there were at least three shootings caused while a person was walking or handling a firearm. Two shootings happened while the shooter was swinging his weapon on game.

2. Firearms should be unloaded when not actually in use 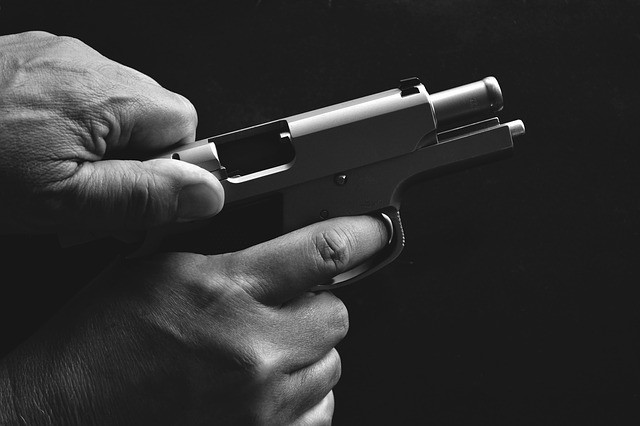 This is something that was always followed when we were on the rifle range. The last command that was given at each range and shooting position was, “Cease fire, cease fire, unload, clear, and lock!” The time limit was up for shooting so we were told to stop shooting. Unload meant to remove the magazine, pull the bolt back (clearing the chamber), and locking the bolt to the rear. After the weapon was inspected to see that there was no bullet in the chamber we were cleared to walk off the firing line.

Here in Germany there are many combined hunts with a lot of hunters. You will have the drivers who typically will not be armed except for a couple of experienced leaders of the drive itself. They are only armed for the safety of the drivers in the event there is a wild boar endangering a driver.

The hunters will take up their positions either in ansitz (seated platform on stilts) or in their own portable chair overlooking a valley. Once they are in position then and only then will they load their weapons. When the horn is blown signifying the end of the hunt the hunters will walk to their game and ensure it is dead. If the hunter was in an ansitz, they will first unload their weapon before climbing down to the ground.

If a killing shot is necessary when they’ve reached their game, they will either use a handgun or a knife for that purpose. Most of the time the game has expired by the time that they reach it. Regular training and shooting practice to make killing shots is very important in German hunting culture because no one wants to have the animal suffer more than necessary.

When hunting with shotguns, the Germans will walk with the shotgun over their shoulder cocked open so everyone can see they are walking with an unloaded weapon.

Be sure that your gun(s) are unloaded when you are transporting them to and from where you are going to shoot. They should also be in some form of gun case or scabbard while in the vehicle. 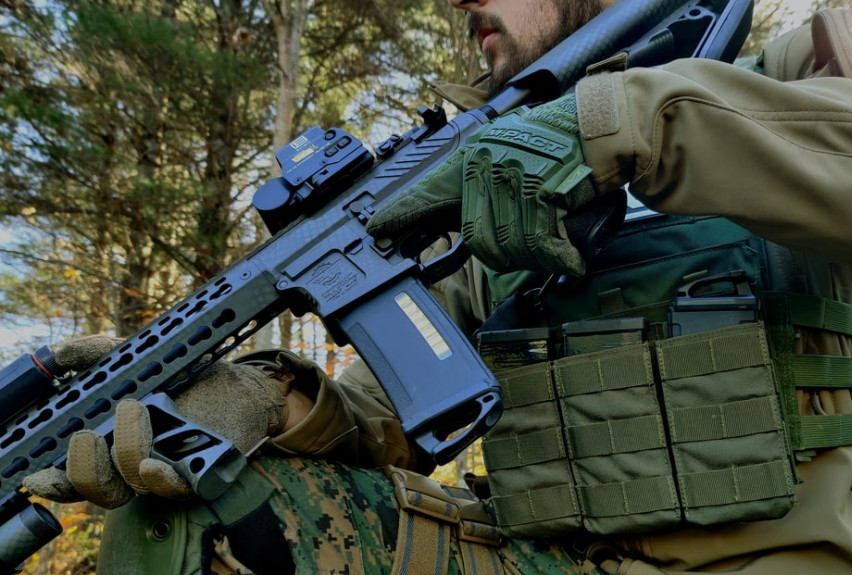 This goes with what I said up above about treating every gun as if it was loaded. Just because your gun has a safety that does not mean it is safe to point it at something you don’t intend to shoot.

Mechanical things can malfunction, which means that when you think your weapon is safe it may not be and your carelessness could harm or kill someone. Also, when shooting on the range or in a hunt, you may have forgotten to put the safety on but you think you put it on and now you have a loaded weapon ready to fire if you pull the trigger.

A loaded gun should not be rested somewhere. If you need to put your gun down you should unload it first, then put it down. It is possible for a loaded gun to be discharged by a bump or it’s falling.

4. Be sure of your target and what’s beyond it 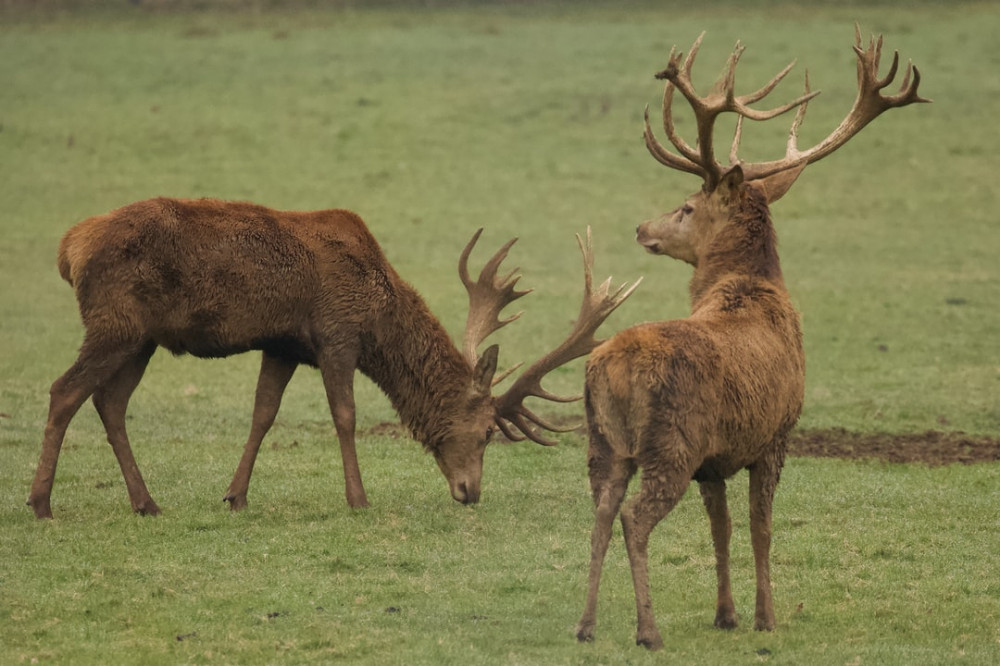 This is another point that is emphasized during the German hunting course and during the hunts here in Germany and Europe. Something that people will notice driving along the highway are all of these ansitz (tall platforms with seats) in the fields. One of main reason for these are so that the hunter knows what is behind the animal he is shooting. That is because of his height he is always shooting into the ground behind him.

Growing up we would see hunters shooting at deer in the woods, but I know now that they sure as hell didn’t know what was behind the deer. A bullet can easily travel a mile, so no what is behind your target because if you miss that bullet won’t stop until it hits something.

The California Department of Fish and Wildlife, in 2016, reported six shootings where the shooter either failed to ID the target or the victim was out of sight of the shooter. Two of those resulted in the death of the victim.

5. Use the correct ammunition 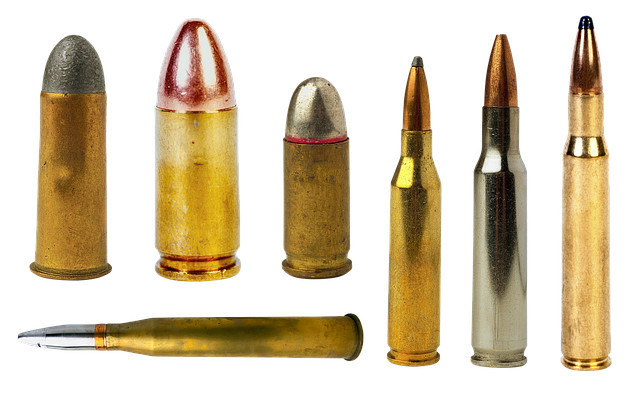 BLUF (Bottom Line Up Front) Not using the right ammunition can seriously damage your weapon or cause harm to yourself and others.

Be sure to use the manufacturer recommended ammunition for all of your guns. Each gun is built to shoot a specific type of ammo. And they are proof tested up to a certain amount of pressure.

If you buy reloads or hand load your own ammunition be sure to follow the specs to fire that ammo in that weapon. Doing otherwise can harm you, others, or seriously damage the gun being fired.

The ammunition that you use should be clean and dry.

6. If your gun fails to fire when the trigger is pulled, handle with care!

You are out shooting, on the range or hunting it doesn’t matter, you take off the safety and go to fire the gun and “click”. The gun didn’t fire. What do you do?

Refer to rule #1, keep the gun pointed in a safe direction! Keep you mug away from the breech. Carefully open the action and unload the weapon. But, what do you do with the round that didn’t fire?

Remember, just because that round did not go off it does NOT mean it’s harmless. While it is in the chamber it should be considered a hot round, meaning it could cook off and fire sometime after you’ve pulled the trigger. That is why we refer to Rule #1 first. 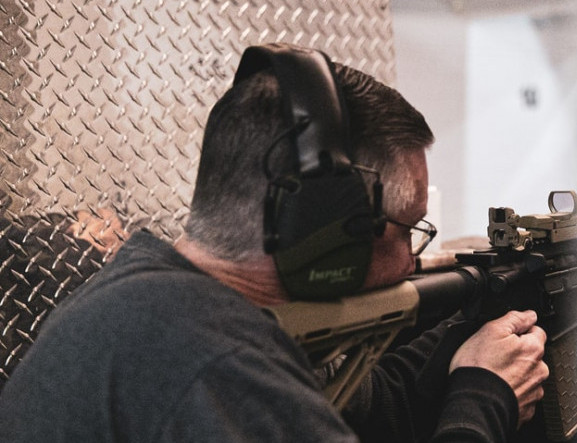 Some indoor ranges and courses make it mandatory to wear eye and ear protection. Honestly, though, it is just good common sense. When you expose your ears to that loud of a sound you will damage them. I get 20% disability for hearing loss and tinnitus and it is most likely due the times when I fired a weapon without the proper hearing protection. And, maybe from listening a little too closely to speakers at rock concerts, as well.

Eye protection is good to have at all times while hunting. I wear glasses because I have bad eyesight. Let me tell you, these glasses have saved my eyes on numerous occasions while walking through the woods and having small branches whip across my face. Wear eye protection because it just might save your eyesight and we only have two eyes.

8. Be sure the barrel is clear of obstructions before shooting 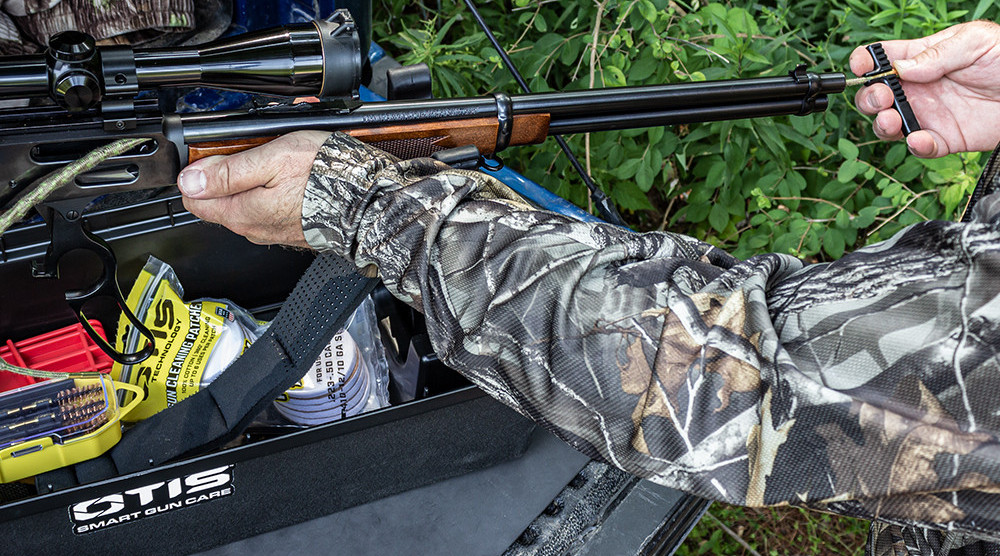 Whenever you are out hunting and walking to your sitting spot or if you are just stalking the game be sure to check the barrel for obstructions if you slip and fall. Be sure to unload the weapon first. If it’s a breach shotgun, break open the breach and look down the barrel from the chamber side. If it’s a repeating rifle, you can run a jag with a cloth down the barrel to ensure it is free of any debris. You can look at some Universal Gun Cleaning kits here.

9. Don’t alter or modify your gun, and have guns serviced regularly

As was said up above, your gun was designed and built for a specific purpose. When you alter or modify your gun, you are changing the design and it’s physical characteristics. Best case scenario, you are only voiding any type of warranty that the gun had. The Worst case scenario, you could cause a mechanical malfunction that could hurt yourself or someone else. You could even make your weapon useless.

If someone is going to work on your gun, they should be an experienced armorer. Look in the manual or check with the manufacturer to see what type of service should be done and how frequently.

In order for you to gain as much use out of your weapon as possible, you need to clean and maintain it regularly.

10. Learn the mechanical and handling characteristics of the weapon you are using 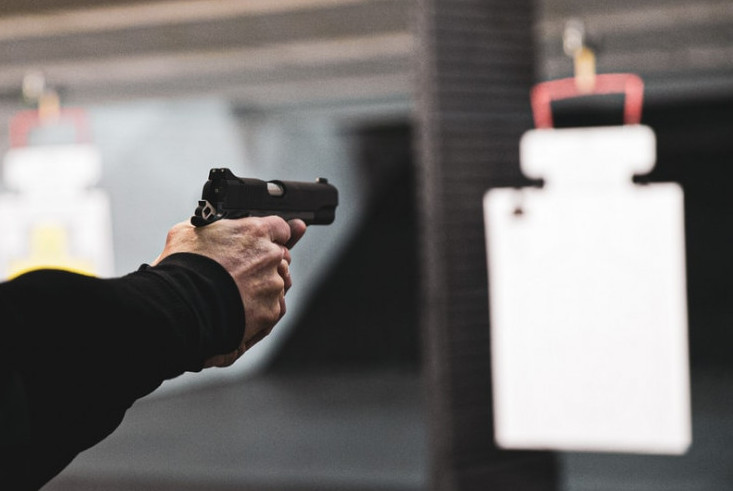 The more familiar you are with your gun, the better you will perform with it. Every gun is different and takes some getting used to before you are ready to use it in a hunt or a competition.

For me, cars are like that. When I have to rent a model of car I have never driven before the first thing I do is adjust the seat and mirrors to fit my body build. The next thing I do is walk around the car to see how far the tires are from the curb and how far the car in front or back is to me. I’ll get in the car and see how it looks from the perspective of the driver’s seat.

You know we all have a spot on the hood we look at that tells us about where the wheels will be when we go to park.

So, one of the first things I will do with a gun is field strip it and re-assemble it to get a feel for how things work together. Then, pointing the gun in a safe direction (Rule #1) I’ll dry fire it to see how the trigger pull feels. If it’s a handgun then there’s really only one position that would apply and that’s when I’m ready to shoot in the offhand position.

If it’s a rifle, I will try that in several positions; offhand, kneeling, sitting, and prone. Also, I like to ensure I know how to use the safety on the weapon as they are not all alike.

We are familiar with the weapon so now it’s time to see how it handles on the range. You do all this so that by the time you go to use it on a hunt or shooting on the range with your friends, your gun is familiar to you and not a stranger.

If you are reading this and you are a first time gun owner, I highly recommend taking a gun safety course or a hunter safety course before you go out with it on your own. There is a lot more to shooting a gun safely and accurately then just up and pulling the trigger when you see the target.

Do not place a loaded gun against a wall, fence, vehicle, tree or anything else! There is always the possibility that it will fall from its standing position and fire.

Do not drink any alcohol or take any prescription drugs that cause drowsiness when before or during the handling of guns. You need to be fully awake and alert when around guns.

In Germany, if you get a DUI while driving then you will lose your German hunting or sport shooting license and all of your guns. Why? Because you have proven to be irresponsible and that, in turn, shows that you could be irresponsible when handling firearms. Handling and shooting guns is serious business.