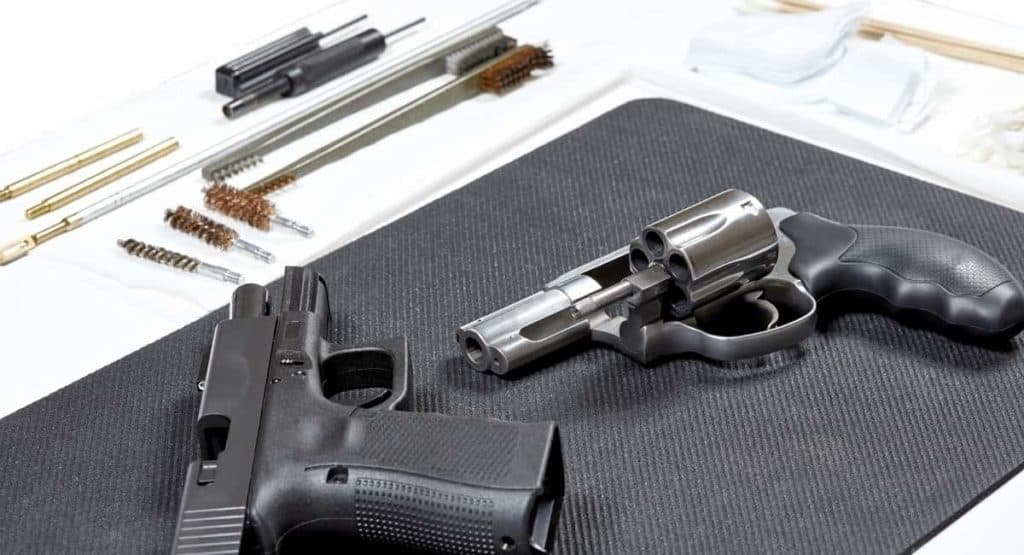 Many amateur gun owners offer a myriad of rationalizations when asked why don’t they clean their own guns after each use. The answers range from ‘it isn’t that dirty’ to ‘it will get dirty anyway, why clean it’. That just pure slothfulness. Imagine that someone came up to you and told you that he doesn’t shower or brush his teeth, the reason why? They will get dirty again, so why bother.

As you may have already imagined, the answer is a resounding yes, you should clean your guns after each use.

But let’s unpack another question that is probably churning in our minds: WHY should one clean his guns after each use and what are its benefits.

This is what we’ll strive to answer in this article. You may also be interested in which are the best gun cleaning kits in 2019.

1) Cleaning As Well As Not Cleaning Is Habit Forming

It’s easy to say no after you’ve said no a couple of times. The same applies to yes. In our situation, you’re very likely to brush over the need of cleaning your gun if you hadn’t done it for the last eight times.

Now imagine the following scenario: You’ve cleaned your gun for the past seven times and now the time has come again. You don’t feel like it, but there is a gnawing voice at the back of your head telling you to proceed. Yep, that’s called a habit. Some people have gone as far as to report feeling guilty if they don’t listen to their inner voice of reason.

Be it as it may, this is a great habit to have and one to last long, as your weapon too will last longer with this routine. 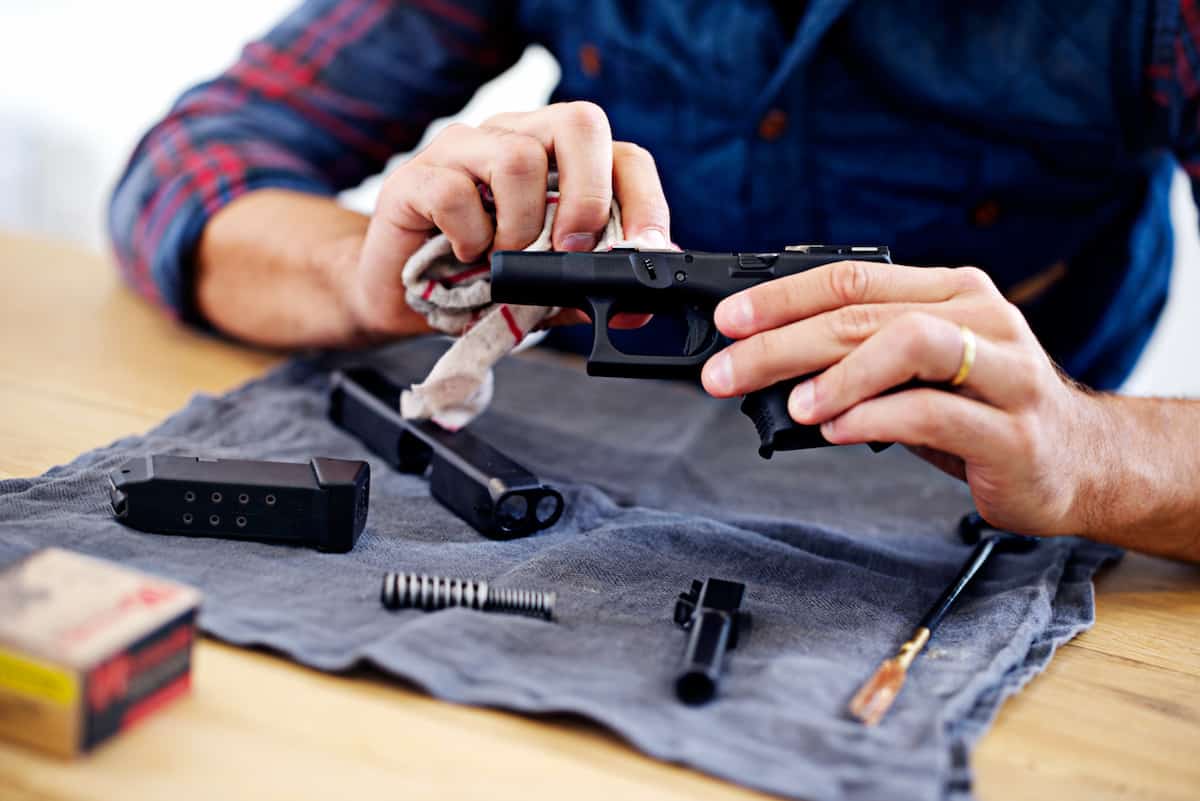 2) Your Weapon Will Serve You Longer

Depending on the type of bullets you use, each weapon has an expiry date attached to it the moment it’s fired.

For example, corrosive bullets, that use corrosive priming will definitely spoil your guns cleanliness so much that you’ll have to clean it.

Luckily for us, corrosive priming is mostly a thing for the past and many shy away from not only using but selling it as well.

Today, the main two types of primers used are Berden and Boxer, Berden is more popular in the US, while Boxer enjoys its fame in Europe.

Since we use Berden and since it’s non-corrosive, it’s not such an issue if you don’t COMPLETELY clean your gun after each use.

What does this mean?

There are degrees to which you can stoop and which determine how and how deep your cleaning should go.

Most of the times, your goal is to simply get the residue out with the bore brush, scrub everything clean after applying the gun cleaner and then oiling everything up afterward. This will be your routine clean up process. For in-depth cleaning, read our ultimate guide on gun cleaning.

Now that we understand the nature of the beast, we can safely assume that our weapons will serve us longer if we clean them after each use. Why? Simply because the residue that builds up during each of your shots harms the weapon and the more is built up, the bigger the harm done to your weapon.

Read here which are the best gun cleaning mats in 2019, a must use when cleaning your gun.

3) You, Will, Familiarize Yourself With Your Gun

Knowing your gun in and out is a must. It’s a lethal weapon that could potentially ruin your life and the lives of those around you if a mistake were to be made. That being said, those that clean their gun more often are oftentimes more attuned to what might go wrong with their gun or if a part is about to go loose. Don’t forget that while cleaning your gun, you’re also INSPECTING it for any sort of deficiencies it might have.

This will not only keep your gun working longer, but it will also foster a deeper connection to it and the more you’re attuned to something, the more likely you’re to recognize potential changes that might lead to disastrous scenarios.

4) Since You’re Using Your Gun Outdoors, You Gotta Be Aware Of Rust

You’re out for game, you see your target and you’re about to take that crucial shot when…

…nothing happens. Your gun won’t fire because it collected so much residue and because your gun has started to oxidize, it luckily didn’t fire.

Why are we saying ‘luckily didn’t fire’? Because an unclean gun starts to lose on precision and it’s far better if nobody (even the owner) is fired at, rather than the opposite of what was just said.

Whenever you expose your gun to any type of moisture, it starts rusting. Since most hunters hunt at dawn or at night, drops of dew will definitely affect your gun and its ability to go in for the kill.

Understand that if you’re cleaning your gun after each use, precipitation won’t cause it to malfunction or behave badly. It is only when the gun has collected rust after several times of usage, that it will glitch and create problems for the owner. 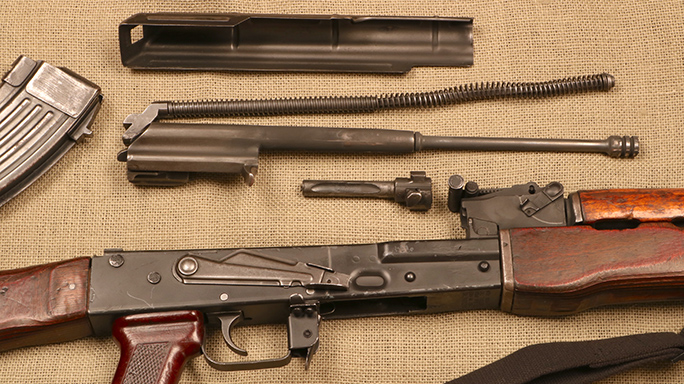 5) The Residue And Rust Can Ruin Parts Of Your Gun

Unless you’re loaded to the gills with cash, you know just how expensive guns and their parts are. This might be the least honorable of all reasons, but it is one that you have to pay attention to if you’re a gun owner either way.

The one thing most gun parts are susceptible to is wearing down. This means that they simply start working at a lesser frequency than before and with time, they completely stop working and your gun starts malfunctioning.

To prevent that, please just do the right thing and clean your gun after each use. It’s only a ten-minute job at most but it can save you so much money, time, energy and potentially, someone’s life.

Check 7 things you need to clean a gun.

We’ve seen many reasons for why one should clean his gun after each use. We hope that you now understand the nature of the beast and why you should take proper care for your gun every time you use it.

To make the cleaning process easier, a good gun rod and a bore snake are a must.

Remember to stay safe out there and happy hunting!

Scroll back to top